Solo clarinettist of the Berlin Philharmonic Orchestra. Clarinet professor at the University of Music and Performing Arts, ” Mozarteum” Salzburg, Austria

All participants will receive lessons with both professors.

2 in 1 : SCHOLARSHIP and MAXTON Clarinet Mini-

Summer Art Academy Burgas 2020 is pleased to offer two scholarships of 50% discount of the course fee or one full scholarship to a highly gifted participant. Please send a YouTube link with your video recording with free of choice program no longer than 20 min before 10th July.

-ONLINE ACADEMY-
ONE LESSON ONLY- EUR 189

Important Information
Due to the current Covid-19 Situation, we can not guarantee that all borders will be free for travel. Please check in advance the travel and quarantine regulations of your country of origin and Bulgaria. If you have booked Regular Academy and you can not attend due to various reasons connected with Covid-19 regulations, you will receive Online Lessons. Please note, there is 100 Euro none refundable administration fee if you decide to withdraw your registration.

If you have any questions, please do not hesitate to contact us. 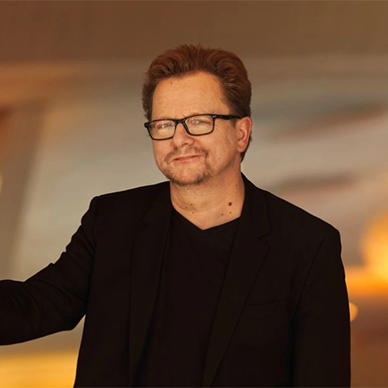 Prof. Wenzel FuchsPrincipal Clarinet
“What makes working with the Berliner Philharmoniker so unique? Communication, joy in playing, comradeship and quality.”
Wenzel Fuchs comes from a region where traditional wind music is highly valued. The Innsbruck native, scion of a musical family, was already playing the clarinet as a child in various wind ensembles. After first studying in Kitzbühel and Innsbruck, he went to the Vienna Musikhochschule, where he had the opportunity of playing as a substitute with the Wiener Philharmoniker. He began his professional career as principal clarinettist of the Vienna Volksoper, then moving to the Austrian Radio (ORF) Symphony Orchestra and in 1993 to the Berliner Philharmoniker.

Prize of the Austrian Ministry for Science and Art, several prizes in the German national youth competition “Jugend musiziert”.

Prof. Denitsa LaffchievaClarinet Professor
The British-Bulgarian clarinettist Denitsa Laffchieva made her solo debut at the age of 14 with Sofia Philharmonic Orchestra. Numerous prizes at international competitions, prestigious awards and world premieres built her strong international reputation as a clarinet prodigy. Denitsa studied in some of the finest European music institutions – Vienna University of Music and Performing Arts with Prof. Peter Schmidl- solo clarinettist of the Vienna Philharmonic Orchestra, the Royal Academy of Music in London and at the National Academy of Music in Sofia with prof. Petko Radev-former solo clarinettist of Teatro della Scala di Milan.
Aged 19, she was awarded ‘Musician of the Year’ by the Bulgarian National Radio. At the age of 23, Denitsa was the youngest musician ever to receive the Bulgarian Ministry of Culture’s award for ‘Great Contribution to the Bulgarian Culture’. In the same year, she also won the prestigious ‘Herbert von Karajan Foundation’ in Vienna, scholarship for Extraordinary Musical Talent.
Denitsa made her Wigmore Hall debut recital in 2007 and her Carnegie Hall debut recital in 2008 followed by returns in 2009, 2010 and 2013.
Dedicated chamber musician she regularly performs with world renowned musicians such as Viktoria Postnikova, Eldar Nebolsin, Ashley Wass, Julien Quentin, Roman Simovic, Jack Liebeck, Dmitry Sitkovetsky, Guy Johnston, Zholt Visontay, Jamie Walton, Lise Berthaut, Patrick Gallois and Alexander Zemtsov.
Denitsa has recorded multiple times the clarinet concerto from W.A. Mozart for BMG, Ricordi and G7.
Denitsa has recorded for many Radio and TV companies in the world like BBC London, Bulgarian National Golden Fond-Sofia, ITV, ORF, RFI, RAI, BNT, BNR and NHK.
Since 2011 she has been Principal Clarinettist of Sinfonia Finlandia. With that orchestra together with Patrick Gallois she also performed as a soloist and recorded on Naxos label the highly awarded and acclaimed Cimarosa Ouverture CD.
From 2010 Denitsa Laffchieva held a Professor position at the University of Central Finland and from 2015 she will teach at the Richard Wagner Konservatorium in Vienna. Many of her students already enjoy international careers.

“Denitsa Laffchieva is amazing clarinettist; her performances are always to a highest level and fully deserve the highest acclaims!” Gennady Rozhdestvensky, conductor