Important Information
Due to the current Covid-19 Situation, we can not guarantee that all borders will be free for travel. Please check in advance the travel and quarantine regulations of your country of origin and Bulgaria. If you have booked Regular Academy and you can not attend due to various reasons connected with Covid-19 regulations, you will receive Online Lessons. Please note, there is 100 Euro none refundable administration fee if you decide to withdraw your registration.If you have any questions, please do not hesitate to contact us. 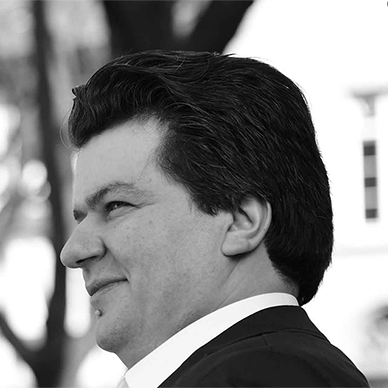 ALEXANDER ZEMTSOVViola Professor
ALEXANDER ZEMTSOV IS ONE OF THE MOST VERSATILE MUSICIANS OF HIS GENERATION ON THE MUSIC STAGE TODAY HAVING ACHIEVED INTERNATIONAL RECOGNITION AS VIOLIST AND CONDUCTOR.

His conducting debut took place in Finland in 2014 with the Lappeenranta Symphony Orchestra which brought him invitations to conduct Sinfonia Finlandia and Pori Sinfonietta In Finland. In 2017 highly acclaimed concert and Live Broadcast with the Bulgarian National Radio- Symphony Orchestra with Mischa Maisky as a soloist followed by invitations to conduct worldwide. In 2018 he conducted Mannheim Chamber Orchestra and OZM Dortmund in Germany, the Rijeka Opera Theatre in Croatia for performances of Tchaikovsky’s ballet- ”The Nutcracker”. After his debut in China September 2018 with Liaoning Symphony Orchestra established a relationship with several programs for the following seasons. The concert in December 2018 with the Sofia Philharmonic Orchestra with Tabea Zimmermann as soloist was very highly acclaimed and brought him numerous re-invitations.

Alexander Zemtsov is member at the LEAD! program where he is collaborating as viola mentor and conducting assistant of Jukka-Pekka Saraste

In February 2020 he debuted as opera conductor in Aleko by Rachmaninov at the Ukrainian National Opera in Kyiv which followed by immediate re-invitation for next season.

In 2015 Alexander Zemtsov was appointed artistic director and conductor of the International New Symphony Orchestra (INSO) in Lviv, giving this multinational German-Russian-Ukrainian-Jewish musician the role of an “Ambassador of Peace” in Ukraine, aiming to bring Peace and Unity through music.

At the age of 23 Alexander Zemtsov was appointed Principal Viola of the London Philharmonic Orchestra. In 2012, after ten years as a leader of the viola section of the the LPO he left to dedicate himself entirely to his demanding career as soloist and conductor.