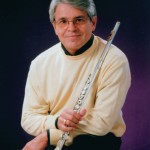 For 30 years Georgi Spassov is principal flute of the Sofia Philharmonic Orchestra and Professor at the Bulgarian National Academy in Sofia. Many flute players with significant international career are among his student. He has been the first and only Bulgarian ever invited to take part at the First and Second Symposia of the flutists from all over the world, where his creative and pedagogic achievements were highly appreciated. He is an honored jury of the most prestigious National flute competitions as well as of many International ones.
He has assisted famous Professor Andras Adorjan during the master classes at the Varna Summer Music Festival and the March Music Days Music Festival in 1990 and 1992 and every year he has lead numerous master classes in Bulgaria, Cuba, Japan, Sought Korea and others.
Academician Venko Mitkov Aleksandrov 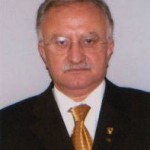 Chairman of the Sofia Philharmonic society from 2012. He is well-known scientist with various interests and international fame. Author of more than 250 articles in Bulgarian, French, German, English Persian, that are published in Bulgarian and international scientific magazines. He has 12 treatises and has taken part in many books.

Academician Aleksandrov is well acknowledged anesthetist. His students are more than 150 from Bulgaria, Greece, Macedonia, Syria, Algeria, Iran, Kuwait and the USA.

Since 2001 academician Venko Aleksandrov has been a member of the 39th National Assembly, and during that time he has been a chairman of the Foreign Affairs, Defensce and Security Commission, Chairman of the Parliament Assembly of Francophone, Member of the Commission of Culture, Chairman of the Group of friendship with Belarus, Vice chairman of the Group of Friendship with France, Member of the group of friendship with Italy, Member of Supervisory Board of Milosardie Hospice, active propagandist of Italian opera music and art (he gave a series of lectures in Sofia and in the country, organized series of concerts Boris Hristov house museum, and series West European Music in Alexander Hall at Radisson Hotel )
For his activities he was honoured with a gold medal and diploma for Expert in the field of science and arts and for spreading them in our country. 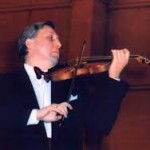 Graduates from National Academy of Music in the class of prof. Leon Surujon and prof. Vladimir Avramov. Because of famous violist Ruggiero Ricci’s references, Angel Stankov specialized in London by taking part in prof. Manug Parikyan’s classes, and later in prof. Ifra Niemann’s classes. One the most famous and most various Bulgarian musicians. He was a soloist, chamber musician, concertmaster of Sofia Philharmony and lately – conductor. He takes an active part in the concert life in Bulgaria and represents Bulgarian musical culture around the world.

As a conductor, Angel Stankov has very big success by conducting “British Music” concerts with the partnership of British Council. In these concerts he represents a series of unknown for the Bulgarian audience British composers, as well as the big concert “Beethoven Symphonies” (1999-2000) dedicated to the 230 birth anniversary of Beethoven and the 50 anniversary of the Foundation of European Union, with the partnership of European Commission. He is a member and a chairman of jury at the International Contests HELEXPO, Greek contest for violists, “Maria Yudina” – Saint Petersburg, “Closter Shontal” Germany, “Rodolfo Lipider” – Goricia Italy, “Karl Flesh” Hungary, “P. Vladigerov”, “Nedyalka Simeonova”. He is included in the Cambridge Biography Institute’s “Who is Who in Music” and he is a member of the advisory board for Eastern Europe.
In 2009 he is awarded with the Order of the British Empire. 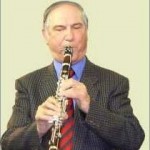 At the present he works as professor for clarinet at the Academy of Music and Dancing Arts in Plovdiv and the National Academy in Sofia.
Between 1961 – 1974, he is the first solo-clarinet of the Sofia Philharmonic Orchestra., and between 1974 – 1985 he is the first solo- clarinet in the orchestra of first solo-clarinet in the orchestra of the Bulgarian National Milan Scala.
Professor Petko Radev has an outstanding personality, he is unique performer and a teacher of generations of musicians. 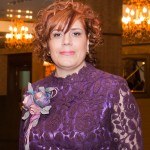 Professional development: Graduated from Musical School in Bourgas, after that continued her education at Varna Free University’s Economics and Management Faculty. After graduating she starts to work as a head economist in Sanita Trading Bourgas. Since then she have started to develop her interests as an event planner. Since 2004 she has been working as an event planner.
Since 2007 she has been a member of Zonta Club Bourgas, which is a member of Zonta International. Since April 2014 she has been a member of directors’ board of Zonta Club Bourgas.
Organized:
2002, 2003, 2004 – Organized and art exhibitions for the German Artist Simona Schnell in several of Bourgas’ finest galleries.
2004 – The beginning of Summer Academy of Arts. For 8 years the Academy occurs each year in the cultural calendar of Sozopol.
2005, 2006, 2013 – Days of Austrian Culture in Bourgas with the partnership of Friends of Austria Associasion
2008 – Premier of the autobiographic book of Maria Gigova, named “The First One” with its author – N. Vitanova
2010 – Anniversary concert show dedicated to the 200th birth anniversary of Robert Schuman.
2013 – A chamber concert dedicated to the 135th Liberation of Bulgaria from the Ottoman Yoke
Maria Prinz – piano 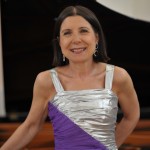 Maria Prinz has performed with leading orchestras throughout Europe, including several performances with the Vienna Philharmonic, collaborating with renowned conductors Riccardo Muti at the Salzburg Festival and Seiji Ozawa in Vienna,and with Neville Marriner in Bulgaria.
As a recitalist, she has appeared in the United States, throughout Europe and in Japan. Her chamber music collaborations include numerous performances with members of the Vienna Philharmonic Orchestra, including the flautists Dieter Flury and Wolfgang Schulz, and clarinetists Alfred Prinz and Peter Schmidl, among others.
Concerts in Weill Hall/Carnegie Hall in New York and Purcell Room/Queen Elizabeth Hall in London with flautist Patrick Gallois are currently scheduled.
Her recordings include Haydn and Mozart piano concertos with the Sofia Symphony Orchestra, Brahms Sonatas for clarinet and piano with Alfred Prinz, Poulenc, Martin? and Brahms Clarinet Sonatas with Petko Radev, a disc of chamber music of Beethoven, Glinka and Alfred Prinz, and a recording of songs by Giacomo Puccini with soprano Krassimira Stoyanova. A Naxos recording of Mozart Sonatas, arranged by Patrick Gallois for flute and piano will be released in February 2013 and a Chandos disc with rarities by Krenek, D’Indy and Schulhoff with the Academy of St.Martin in the fields under Sir Neville Marriner will appear in September 2013.
Maria Prinz was born in Sofia, Bulgaria, into a musical family. Her father is the famous Bulgarian conductor and composer Konstantin Iliev.
She studied at the Music University “Hanns Eisler” in Berlin with Rudolf Dunckel, in Vienna with J?rg Demus and in Paris with Yvonne Lef?bure.
In addition to her performing career, she has taught at the University of Music and Performing Arts in Vienna since 1987.
Georgi Semov
He was born in Burgas.
Education: Higher, Economics
Professional development: He finished the Goethe High School of German Language – Burgas and continued his education at the Burgas Free University, Faculty of Economics and Finance. When he graduated his higher education he worked as representative and manager of TNT Bulgaria EOOD, Burgas, then as a Sales manager at MAYAK M AD. In 2008 he established and developed an office of MV Logistics LTD in Burgas.
As a result of the many years of experience in the field of transport, logistics and spedition, in 2013 Georgi Semov established and managed his own logistics and spedition company SEMOV EOOD, as the company has affiliates in Burgas and Sofia and numerous clients and partners in Bulgaria, Germany, Italy, France and Turkey.
Svetozar Benchev 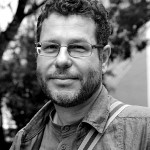 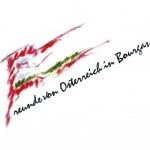 Association “Friends of Austria” is a nonprofit organization that aims to populate the Austrian music in the city and the region, as well as to support the relations between Austria and Bulgaria in the field of cultural exchange and economic relations and social development.

Member of the association since 2001 is Blagovetsa Ryadkova.
She is a piano accompaniment teacher and a member of the Arts Council at the “Pancho Vladigerov” National School of Music and Performing Arts – Burgas, founder and member of the Board of managers of the “Acompaniatori” Section to the Academic association of the State Music Academy of the Union of Bulgarian Musicians and Dancers, and since 24th June 2005 she is also a Chairperson of the “Acompaniatori” Association – Burgas. She is an active assistant and correspondent for the Burgas region of Musial Horizons magazine. She won the “Golden lyre” prize from the Union of Bulgarian Musicians and Dancers for music critics of 2013 as she was nominated for Cristal lyre in 2007 and 2012.

The “Summer Academy of Arts” is a benefit nonprofit corporation that was established on 16 July 2013.
The corporation has the following objectives:

To increase the professional level when preparing young talents in the field of arts;